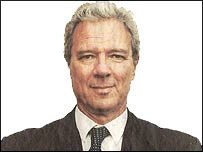 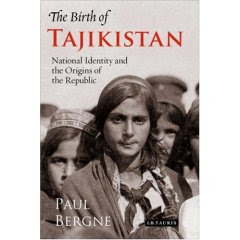 His only book "The Birth of Tajikistan. National Identity and the Origins of the Republic" to be published in May 2007 in London. You can reserve a copy now.

For further information about the great man in Persian follow the links below:
http://www.radiozamaneh.org/analysis/2007/04/post_293.html
http://www.bbc.co.uk/persian/worldnews/story/2007/04/070419_shr-dr-paulbergne.shtml
in English:
http://news.independent.co.uk/people/obituaries/article2452420.ece
Posted by D at 11:29 am 0 comments

PRESIDENT ATTEMPTS TO GIVE TAJIKISTAN A CULTURAL MAKEOVER

Tajik leader Imomali Rahmon, having safely consolidated his personal authority, is turning his attention to giving Tajikistan a cultural makeover that aims to strengthen the country’s national identity, as well as reduce social tension. Some experts, however, believe the moves could easily backfire.

The president created a sensation in late March with a televised announcement that he was changing his surname, dropping the "ov," and embracing a traditional Tajik spelling -- Rahmon. He also "ordered appropriate authorities to implement measures to introduce a Tajik pattern of naming newborn children," Tajik state television reported March 26.

Concurrent with the name-change initiative, Rahmon called for measures to enforce economic modesty in a nation that has an estimated per capita annual GDP of just $1,300. His prime target was the children of the well-to-do: he banned students from driving to and from school and from using cell phones at school. He also imposed strict limits on graduation ceremonies, prohibiting lavish parties. In early April, Rahmon also made a very public call for the return of gold and silver objects excavated in the 19th century near the Oxus River and now housed in the British Museum.

"We want to comprehensively support and revive our national traditions from the scientific and historical points of view," Rahmon told members of his administration, in comments broadcast April 5 by Tajik television.

Many observers were at a loss to see how de-Russification measures, combined with a ban on ostentatious displays of wealth, can improve the lives of average Tajik citizens. Some believe the moves are motivated not by a desire to foster general prosperity, but to ensure the long-term health of his administration. Having won re-election in a landslide last November, Rahmon currently enjoys a pliant parliament and has no visible rivals for power. [For background see the Eurasia Insight archive]. The only possible threat to his administration, then, can be found on the grass-roots level, where enduring poverty helps fuel the growth of Islamic radical groups, especially Hizb-ut-Tahrir. [For background see the Eurasia Insight archive].

The move to curtail displays of wealth thus may be an attempt to cover up the widening gap between the living standards and privileges enjoyed by a select few Tajiks and those experienced by the bulk of the population, some analysts believe. Tajik authorities are clearly worried that the poverty experienced by most Tajiks is causing social tension to reach dangerous levels.

In late March, around the same time as Rahmon’s name-change announcement, the heads of leading Tajik media outlets appealed to the government, complaining about seemingly arbitrary power cuts made by the state electric company, Barq-i Tojik. The appeal accused the company of violating "consumers’ rights," adding that the state entity lacked "a mechanism for public communication." It went on to note that the power company routinely cut electricity to "printing houses … hospitals and schools … whereas certain businesses or private houses go unaffected."

"The failure to follow the schedule of power supply, and its complete absence on some occasions, causes social tension, undermining public trust in the government’s policy," said the appeal, which was signed by the heads of such prominent news outlets as the Asia-Plus and Avesta news agencies, along with the Tojikistan, Farazh, Kuryer Tajikistana and Millat newspapers.

In mid-March, Tajik Minister for Economic Development Ghuomjon Boboyev announced at a development conference that 57 percent of Tajiks live below the poverty line, the Asia-Plus news agency reported. The number would be far higher, Boboyev indicated, if not for the income generated by labor migrants. As many as 1 million Tajiks, or about 40 percent of the nation’s working-age population, find work abroad every year, mainly in Russia, and send a large portion of their earnings to relatives back home. [For background see the Eurasia Insight archive].

Tajik dissident journalist Dodojon Atovulloev, who now lives in Moscow, reckons that Rahmon’s recent actions are motivated by a desire to cultivate a more populist image amid continuing economic hardships.

Other observers suggested the cultural initiatives are linked to tension in Tajikistan’s relations with Russia, which in recent years has reasserted its political and economic influence in the Central Asian nation. Rahmon is eager to improve the country’s electricity-generating and aluminium-production capacity, but progress has been negligible, in large part because the Russian aluminium conglomerate Rusal has not followed through on promised investment plans. The Russian company signed a deal in 2004 to invest up to $2 billion in Tajik infrastructure projects, but the deals remain stalled by "technical" disagreements. [For background see the Eurasia Insight archive].

Some analysts believe the Russian company’s hesitation is connected with a geopolitical dilemma, rooted in the Kremlin’s efforts to maintain strong ties with both Tajikistan and Uzbekistan. Uzbek leader Islam Karimov is a vociferous opponent of Tajik efforts to develop an aluminium plant near the Tajik-Uzbek border. [For background see the Eurasia Insight archive].

Rahmon’s name-change certainly captured the attention of Russian media outlets, with some expressing alarm at the move. "What to do with Petrovs, Ivanovs and Sidorovs?" read an article published by the Kommersant daily. A Tajik presidential spokesperson, Abdulfattoh Sharifov, sought to dampen concern, characterizing Rahmon’s decision as a "personal initiative," adding that the president was not demanding that all Tajiks change their names. However, a Justice Ministry official, quoted by the Asia-Plus news agency, contradicted Sharifov, saying that the "traditionalization" of names "will soon be compulsory in Tajikistan."

Atovulloev, the dissident Tajik journalist, suggested that Rahmon was playing a dangerous game with Russia. Any move that antagonizes Russia is sure to cause economic pain for Tajiks, he asserted. Russia, he added, can retaliate by potentially placing restrictions on Tajik guest workers, whose remittances are critical to the economic welfare of a large number of families in Tajikistan.

A few observers worry that Rahmon may be intent on building a cult of personality, akin to that created by Turkmenistan’s deceased former dictator, Saparmurat Niyazov. [For background see the Eurasia Insight archive]. Kirill Nourzhanov, an expert at the Centre for Arab and Islamic Studies at the Australian National University, said, "Rahmonov has been in power for 14 years now, and he’s an absolute ruler. So he has been at the apex of political power for so long that perhaps he now believes that he can do whatever he wants to do."


Editor’s Note: Kambiz Arman is the pseudonym for a Tajik journalist.
Posted by D at 5:24 pm 1 comments