Bilawal has been elected as the new PPP leader with his father as a co-chairman. Asif Ali Zardari, Benazir Bhutto's husband, says, BB wanted him to lead the party.

In his first press appearance Bilawal, 19, said: "As my mother said, democracy is the best revenge". However, democracy could have been observed better by choosing a more capable leader democratically, rather than following the family lineage of Bhuttos.

Another sad fact: Bilawal did not utter a word in Urdu. His father insisted to answer all questions on his behalf. Perhaps the newly-crowned leader will have to go through tough express Urdu language courses, while carrying on his education at Oxford.

The following report was published in 2004, when Bilawal was just 16:


KARACHI, Aug 26: Bilawal, the elder son of Benazir Bhutto and Asif Ali Zardari, says that he and the family have been hounded by "cooked up cases" and believes that most of Pakistan's problems can be solved if there is justice and democracy in the country.

Bilawal, who will be 16 next month, was talking to this reporter at his seaside residence after visiting his father in detention at the nearby Ziauddin Hospital. Sitting besides a painting of his grandfather and mother, Bilawal, who is doing his "O" levels in Dubai and is a black belt in Taekwondo, was bitter about his father's imprisonment.

"About the justice system, I don't know how well it is working over here, but my father has been in prison for eight years and has not been charged with anything, nor has anything been proved.

He is the only politician in Pakistan who has been kept behind bars for eight years. It is not only a crime against him, it is a crime against me and my family, who have been robbed of our father's company and guidance when we needed him.

"I meet him everyday in the hospital. We talk about school and life and things we missed out when I was a child. I just recently came to see my father after a four-year gap. What can we do in the circumstances? But I must tell you, my father is a strong-nerved person," said Bilawal.

"I have gone through lots of things and he wasn't there. At the time when we needed him he was taken away. We were denied of normal life," said the elder child of Benazir and Asif.

When asked whether he would like his father to be free through a deal with the government or would you like him to be exonerated by the courts, Bilawal's response was: " He should come out with honour. If there is a deal going on, then why a deal after all the fake cases?"

When asked if he had immediate plans to take a plunge into politics, following in his parents' footsteps, Bilawal sounded skeptical as he said: "We will see, I don't know. I would like to help the people of Pakistan, so i will decide when I finish my studies."

When probed as to what the young man understood by serving the people, his reply was: "I can either enter politics, or I can enter another career that would benefit the people."

"I think there wouldn't be such a problem if a dictator doesn't come and take over after every couple of years. That contributes to backwardness and poverty. Democracy is the only way out. The founder of Pakistan believed in democracy. He did not believe in dictatorship, and Pakistan was not founded for that. So there shouldn't be a dictator," he said.

Asked if there was any change in Ms Benazir Bhutto's behaviour since her exile and how she took care of the family despite other commitments, Bilawal said: "She tries to find time for us whenever she can. I think she is doing a good job as a mother, even though being very busy."

Asked if he and his sisters discussed problems, Asif Ali Zardari's son said: "My middle sister doesn't talk about it a lot but my younger sister asks me and I tell her that we have to be strong and one day he (Asif) will be free and will be with us."

When asked what he had been told about the legacy of Zulfikar Ali Bhutto, Bilawal said: "We have been told everything about him. My impression is that he was a very courageous man and I consider myself very lucky because I have three powerful role models that will obviously influence my career choices when I am older."

Bilawal, who likes target shooting, swimming, horse riding and squash, regrets that he could not play cricket because of the circumstances in which his family has been put.

People are afraid of themselves, of their own reality; their feelings most of all. People talk about how great love is, but that's bullshit. Love hurts. Feelings are disturbing. People are taught that pain is evil and dangerous. How can they deal with love if they're afraid to feel? Pain is meant to wake us up. People try to hide their pain. But they're wrong. Pain is something to carry, like a radio. You feel your strength in the experience of pain. It's all in how you carry it. That's what matters. Pain is a feeling. Your feelings are a part of you. Your own reality. If you feel ashamed of them, and hide them, you're letting society destroy your reality. You should stand up for your right to feel your pain.

How Independent Is the BBC? 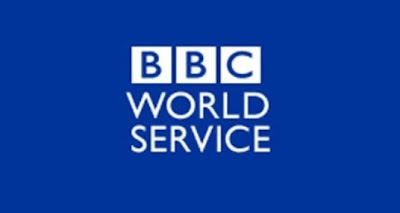 radiozamaneh.com/dariush
Posted by D at 2:26 am 12 comments

Life is too short to be wasted in the swirl of a bottomless pool of plans and hopes. Why don’t we start our tomorrow today? After all, the fall of an apple that hit Newton's bright head was not pre-planned, was it? I want apples to fall down on our heads too (at least a couple of them (heads, not apples) would turn out to be bright too), but it is too much to ask from a freezing wintry London.

This Iranian guy has given "singing" a new definition.